You, David Attenborough & ROI with VR

When it comes to text, photos and videos,  there are basically 2 types of content: Creators’ content created by professionals and Crowd content created by everyone else. Online, we consume both types. Creators content can exist on separate website & apps but is increasingly sitting alongside Crowd content on Facebook, Twitter or Youtube... In the case of those platforms, it’s becoming increasingly difficult to define which type really generates all that advertising money. And it doesn’t really matter.

In VR so far, for obvious tech barriers reasons (price of good cameras, time-consuming post-production...etc.), virtually all content can be considered as Creators’ content. And a lot of big creators are on board: Disney, Star Wars, Netflix, MTV, New York Times, HBO, Fox and of course the BBC...with a David Attenborough-narrated piece.

But that’s about to change as VR giants are betting high on creating an ecosystem for Crowd VR content. Ricoh and now LG and Samsung have launched their consumer 360 cameras and apps to edit 360 content are coming to market as well. I could easily imagine Instagram announcing soon the possibility to upload 360 photos. Wedding pics, blagging holiday videos, party selfies… we should start seeing more and more Crowd VR content over the next few years.

I don’t believe Samsung, LG and the likes are in to make money off cameras. More 360 cameras means more content that matters to wider audiences, which drives headset adoption and in turns create a much juicier market for advertisers... 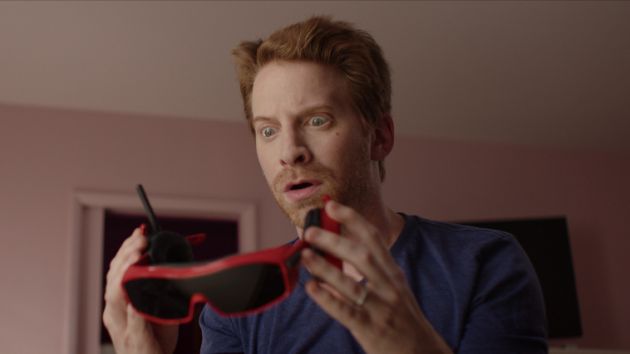 Re-thinking the ROI of VR Marketing

Here are a couple questions I hear a lot in meetings: “Why should I invest in producing fairly expensive content to reach a handful of tech enthusiasts?” and “Where is my branded content going to sit?”

“As part of experiential marketing campaigns” has been an OK answer for a while. But VR standards are on the rise and the novelty of VR will eventually wear off. In the long run, experiential VR will become a fun but marginal part of VR marketing.

For another year or two, it’s likely that branded VR is going to sit mainly alongside Creators’ content. Just like GE and Mini already have their experiences embedded in the New York Times VR app, we can easily imagine branded content sitting next to BBC documentaries, at half-time during a VR broadcast of the Superbowl, as pre-rolls on your MTV app...etc.

But in the long run, Crowd content will drive VR consumption. As you will be browsing your Facebook or Instagram feed in VR, streaming your Saturday night in 360 or watching VRloggers on Youtube, there will be plenty of ad space for brands to buy.

That’s where the long-term ROI of VR Marketing sits: the ability to target individuals with immersive content, not only when and where people consume news or entertainment but where they live (part of) their social lives as well.

Imagine cooking meth next to Walter White, being Sheldon Cooper’s shrink or patrolling the Wall at night with Jon Snow... view project
Back To Top
We use cookies to ensure that we give you the best experience on our website. We do not track and store your personal data. If you'd like to know more, please check our website privacy policy.ContinuePrivacy Policy