3 Examples of How VR Changes Behaviour

Virtual Reality and its Behavior

Tomorrow you could spend an hour in VR as a pregant woman, as a terminally ill cancer patient, even as an older version of yourself.  How do you think that kind of virtual embodiment would affect your empathy towards different sides of the human condition? What about self-compassion? What about your relationship with your own real body?

As you might have heard it many times from the likes of Chris Milk or Dr. Caroline Falconer: VR can be the ultimate empathy machine.  Here is indeed VR’s most interesting and probably most controversial promise: VR can change people’s behavior. If it holds true, then VR is bound to disrupt training, education, marketing and even politics.

So here are a few examples of academic research looking at VR and behavior: 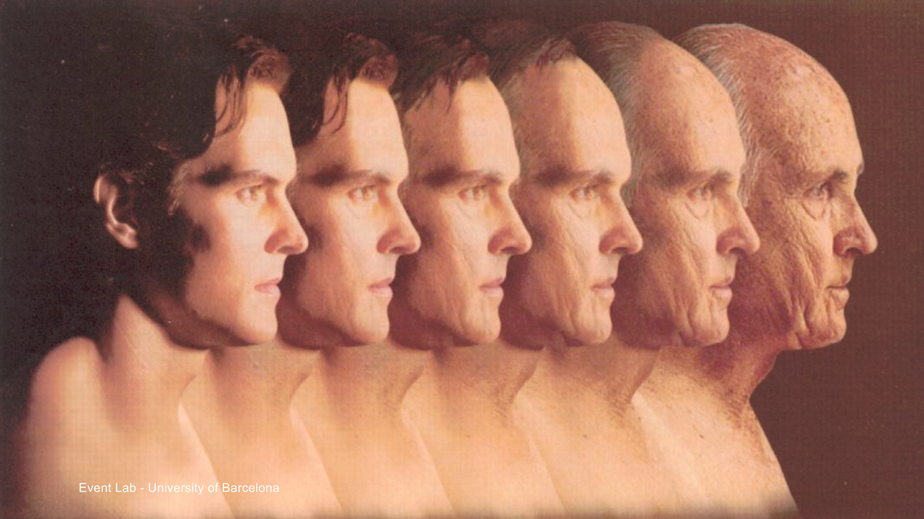 Example #1 - Meeting your older self will help you prepare for the future.

“When people think of themselves in the future, it feels to them like they are seeing a different person entirely … like a stranger on the street”. Stanford’s Virtual Human Interaction Lab has partnered with Professor Hal Hershfield of UCLA and Daniel Goldstein of Microsoft Research to try to answer one question: can VR solve the emotional disconnect between us and our future selves?

Based on photographs that the college students chosen for the experiment provided, the researchers created current and 65 year old avatars of the research subjects. Dressed with motion-capture suits, students would then be faced in VR with a mirror reflecting them and their movements either as those of their current self or performed by their aged self.

Each student got paid $1,000 to participate in the experience. In an interview following the VR session, they were asked how they would like to spend that money between buying a gift for someone special, investing in retirement, planning a fun event, or putting money into a checking account.

The result? The students who saw their old self were willing to put twice as much money towards retirement. On a psychological level, the experiment showed how bearing witness to oneself reduces the aforementioned emotional gap and and increases self-empathy. 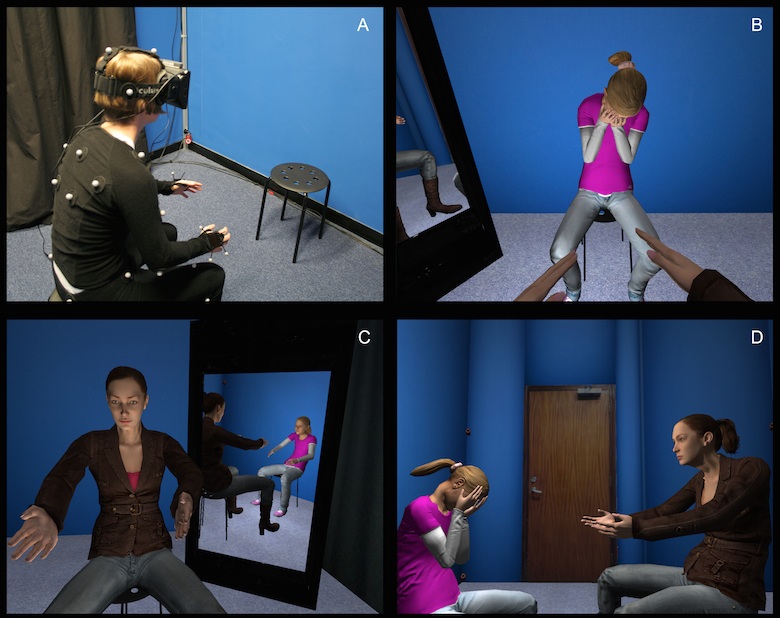 Self-criticism is at the heart of depression and several other psychological illnesses. One of the strongest weapons against self-criticism is to get patients to increase their levels of self-compassion.

In this virtual embodiment experience by the University of Barcelona’s Event Lab, 15 patients practised delivering advice in one virtual body and then stepped into another virtual body and experienced receiving that advice from an avatar looking like them.

The result? After repeating that scenario three times, significant reductions in depression severity and self-criticism were observed over 4 weeks. Four patients showed clinically significant improvement. An embodied perspective can lead to sufficient detachment from habitual ways of thinking about personal problems and truly impact self-compassion. 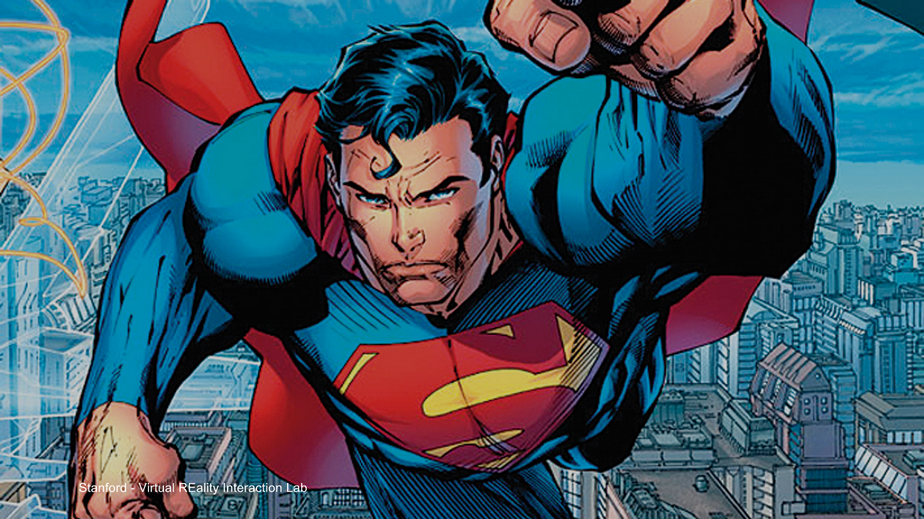 There’s been tons of contradictory studies about the relationship between violent video games and actual violence. But conversely, could video games be used to train people to be more empathetic in the real-world? That’s the question Stanford’s VHIL Lab tried to answer with what has been dubbed the “Superman Experiment”.

In this VR experience, subjects were tasked to complete a mission: deliver an insulin injection to a diabetic kid stranded somewhere in a city. Half of the participants would get to fly over the city as an helicopter passenger, the other half were told they were Superman and controlling their flight by a series of superhero-like arm motions. The game was designed so that the kid would be found (and saved) after 2 minutes, regardless of where the subjects were looking.

During the interview following the experience, the researcher would “accidentally” knock over a cup containing 15 pens, wait five seconds and then begin collecting the pens, one pen per second.

I can’t help but wonder how the participants of a “Spongebob Experiment” would have acted in that case...

Those are early experiments but the results are promising and seem to indicate that yes, VR can influence behavior. It seems that VR can bring us closer to ourselves and to one another. By extension, I like to believe that global-scale systematised VR training could be a first step towards creating a more empathetic society. And if recent political events have shown us anything, it’s that creating togetherness, solidarity and compassion is deeply needed.

The promise of VR Marketing is almost too good to be true: unframed creativity... view project
Back To Top
We use cookies to ensure that we give you the best experience on our website. We do not track and store your personal data. If you'd like to know more, please check our website privacy policy.ContinuePrivacy Policy