The Necessary Metamorphosis of the VR Creator

The Birth of a Medium

In the 1920’s, most radio programmes seemed to consist of book readings and theatre play recordings. In the 50’s, as TV started to take over radio as the #1 mainstream entertainment medium, the most popular programmes were basically filmed version of already popular radio shows. Similarly, the majority of VR experiences created today are often not much more than spherical versions of films or video games…

VR, as any new medium, comes with a new creative language to decipher and learn. The best VR experiences so far (for e.g. Notes on Blindness, LOVR or Jon Favreau’s Gnomes & Goblins…) have one thing in common: they would not work as films or video games. Those are VR-native creations and the people writing them all consciously did one thing: starting from scratch to write for VR. 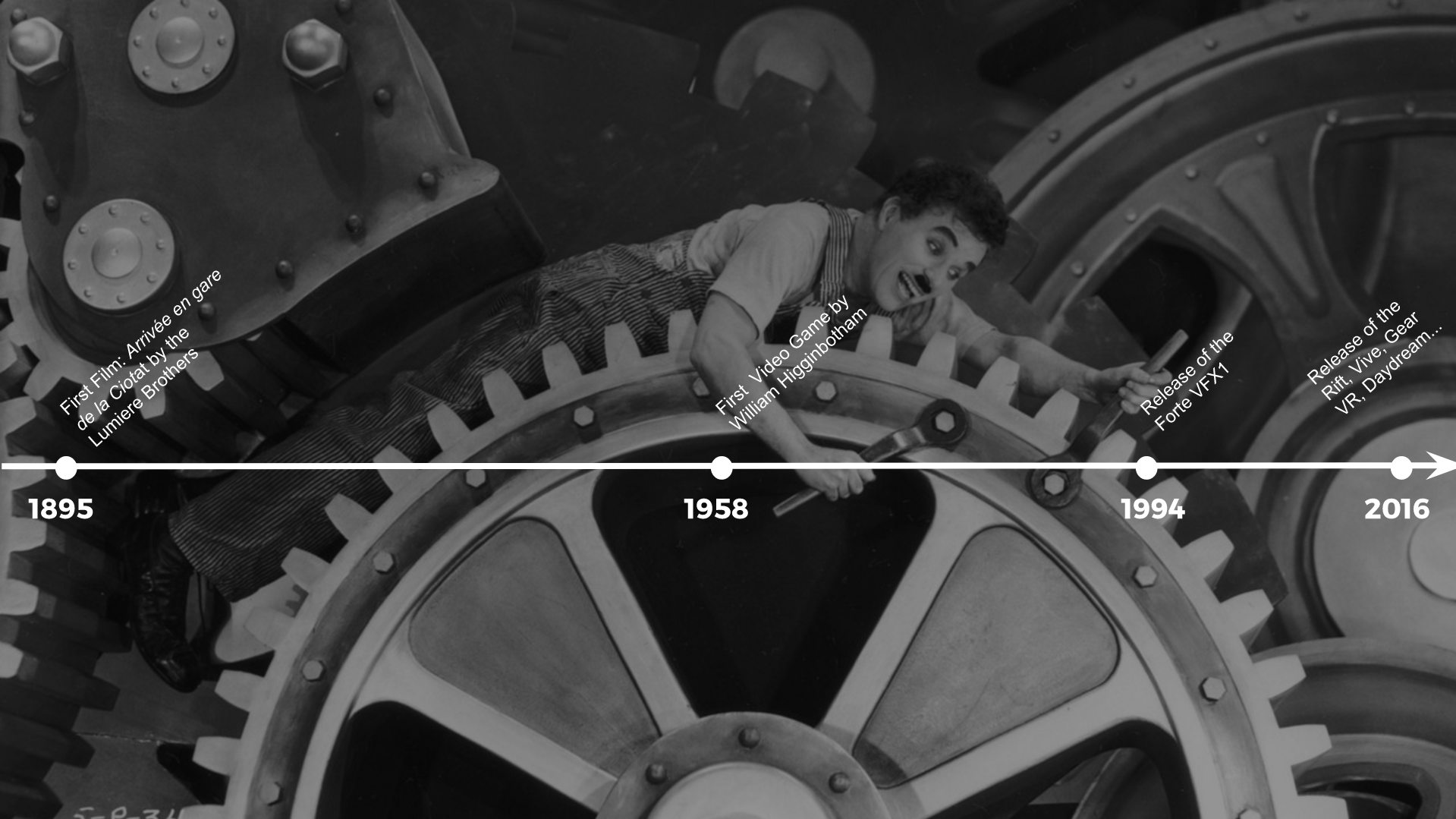 Justin Lin, the talented and very bankable director of Fast & Furious 5,6 & 7, directed what’s probably still VR’s most expensive 360 film: Help. Despite high-quality CG and ambitious direction, the film failed to truly resonate with me on an emotional level, gave me neck pain and even motion-sickness at times. Why? Precisely because it perfectly followed the traditional filmmaking cookbook.

So, when creating a first-person POV VR spin-off of the French TV show Le Bureau des Légendes, we sat down with Julien Capron and Julien Bittner, who were the VR project’s director and scriptwriter and came from the world of Film & TV. We had to redefine what it meant to write for VR.

Firstly, a VR director is barely a director at all. For example, today’s typically fast-paced editing is a no-go. Camera movements (besides slow and steady tracking shots) will make your audience nauseous. In essence, as you immerse the spectator in a 360 scene, your camera work is replaced by the viewer’s own deliberate gaze, something you can’t control. There is no real ‘directing’ anymore (i.e. telling your interpretation of a scene through sound and images) but rather building an environment and staging a scene for someone to live into.

A common mistake for 360 filmmakers is to try playing the matador: using sound and movement to direct the viewer’s gaze to where the story is happening. This often results in gimmicky scenes (camera placed right in-between 2 people talking for e.g.) or even meaningless 360 films where nothing’s happening beyond a traditional film’s field-of-view. The question for VR creators is not how to force-feed a story to your audience-spectator but what stories your audience can build as they become visitors of your scenes.

Finally, you will have to forget everything about control and linearity. The job of a VR creator is closer to that of a music festival designer than a film director’s. And that comes with at least as much fun as it creates early frustration: you will have to learn how to build worlds. 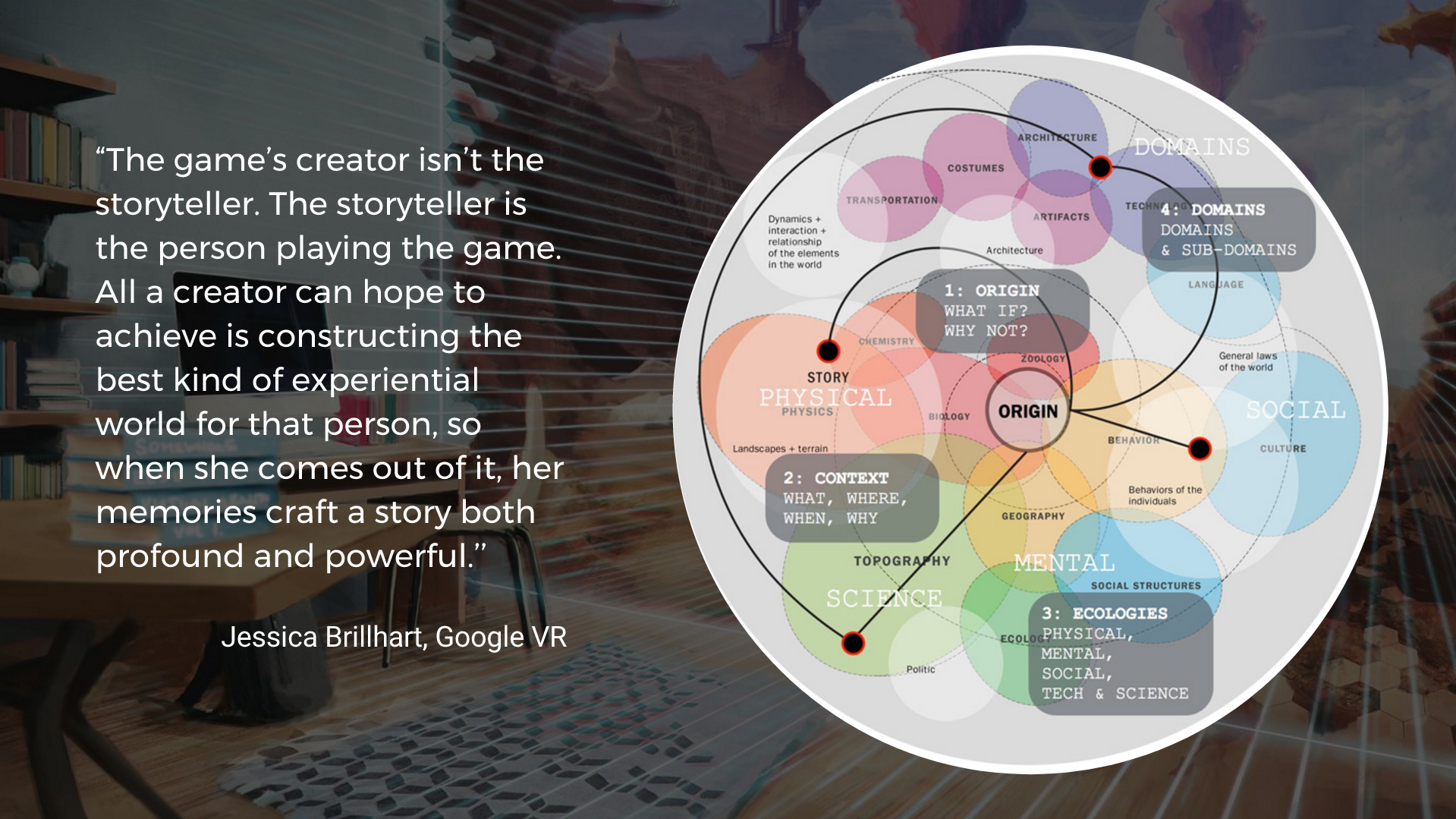 From storytelling to world-building

As the spectator becomes a visitor, the VR Creator becomes the architect of the environment those visitors will explore. A VR environment is fully immersive, capturing 100% of the audience’s audio & visual input and potentially requiring them to interact using their hands, head or entire body. The VR Creator becomes an experience designer and must therefore carefully think about what happens to his audience emotionally, cognitively and physically. We call this Audience Experience Design(AX Design)

Physically, for example, an experience that requires the audience to constantly spin around, or doesn’t make full use of the tracking capability of a headset might be perceived as poor. Cognitively, every creative decision related to movement, scale or the physics of the environment is crucial.

Finally, creating powerful emotions remains the end goal of any storytelling medium and VR in that respect represents a whole new frontier. Filmmakers enchant audiences by their capacity to author their personal interpretation of an experience. For VR creators, talent resides precisely in creating experiences that audiences can author themselves, where emotions are not fed but lived.

As Saschka Unseld, Creative Director of Oculus Story Studios puts it “writers have words, and illustrators have images, but in VR (...) it's more the thoughts that are in the audience's head. VR creators play with states of being”

Are for ready for your metamorphosis?

3 Examples of How VR Changes Behaviour

VR is the only medium, besides reality, able to create presence. It substitutes the physical world ... view project
Back To Top
We use cookies to ensure that we give you the best experience on our website. We do not track and store your personal data. If you'd like to know more, please check our website privacy policy.ContinuePrivacy Policy